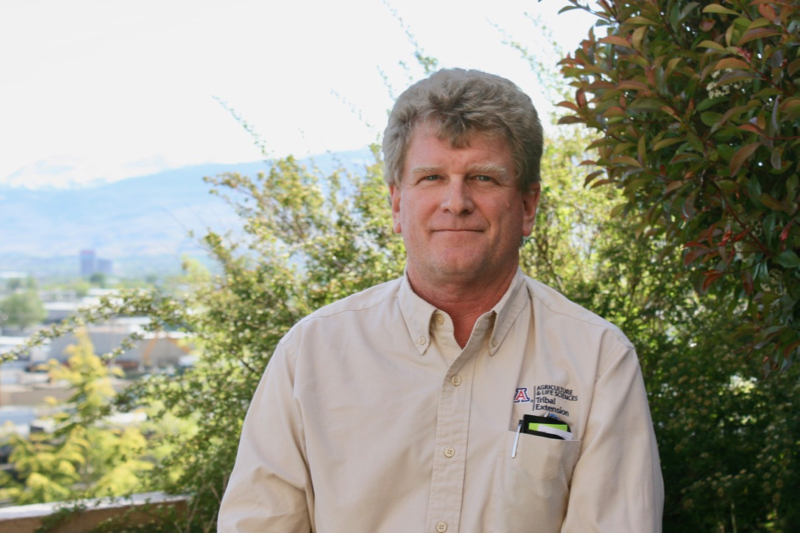 In Episode 6 of the Native Waters on Arid Lands podcast, we speak with Trent Teegerstrom of the University of Arizona about his work in Tribal Extension Programs.

Trent is the Associate Director of Tribal Extension Programs at the University of Arizona in Tucson, and an Agricultural and Resource Economics Extension Specialist. Listen to the podcast and read below to learn more about Trent and his work. You can subscribe to this podcast on iTunes, Google Play and Stitcher.

Trent Teegerstrom, Associate Director of Tribal Extension Programs for the University of Arizona, has been working with tribes for more than 20 years. On the Native Waters project, Trent works as part of the outreach team to connect information from scientists with the people on tribal reservations who need it.

At the annual NWAL tribal summit and other workshops, Trent has served as the moderator for discussions about agricultural production economics, tribal rangeland and livestock conservation practices, and adapting agriculture to increasing variability of water supplies and warming temperatures.

“We’re working with the information that we get out of the scientists and the other research that is going on and just bringing the science to bear on practical problems that the tribes would have within their tribal communities, their reservations, their nations,” Trent said. “We’re just trying to facilitate the discussion about the science down to the practical level.” 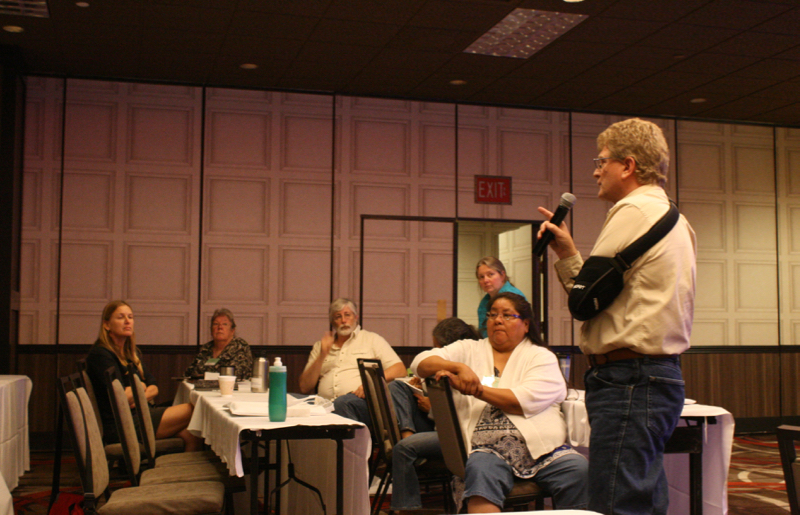 Trent works through the Federally Recognized Tribes Extension Program (FRTEP) to connect with tribal members on various reservations in Arizona and New Mexico. FRTEP, as Trent explains in the podcast, places agents on reservations, where they live and work in the community.  Some FRTEP programs have been in place for more than 25 years, and have built long-standing relationships with tribal members. For the Native Waters project, FRTEP plays a key role in allowing the team to quickly and effectively connect with individuals from tribes in different regions of the southwest.

The most interesting thing so far for Trent about working on the Native Waters project?

“I think it’s seeing when everybody gets together,” Trent said. “So, you have the hard scientists working closely with the farmers and the ranchers and all the people in between, and how they’re all at the table talking and being able to actually communicate back and forth. That’s been really good. Sometimes I didn’t know how well it would go over, but that’s all right. It’s worked out pretty well.”

To learn more about Trent’s work with the Native Waters on Arid Lands project, listen to podcast episode 6, below. Music for this podcast came from Podington Bear (song title: Bit Rio) on the Free Music Archive under a Creative Commons license. For a written transcript of this podcast, please contact kelsey.fitzgerald@dri.edu.