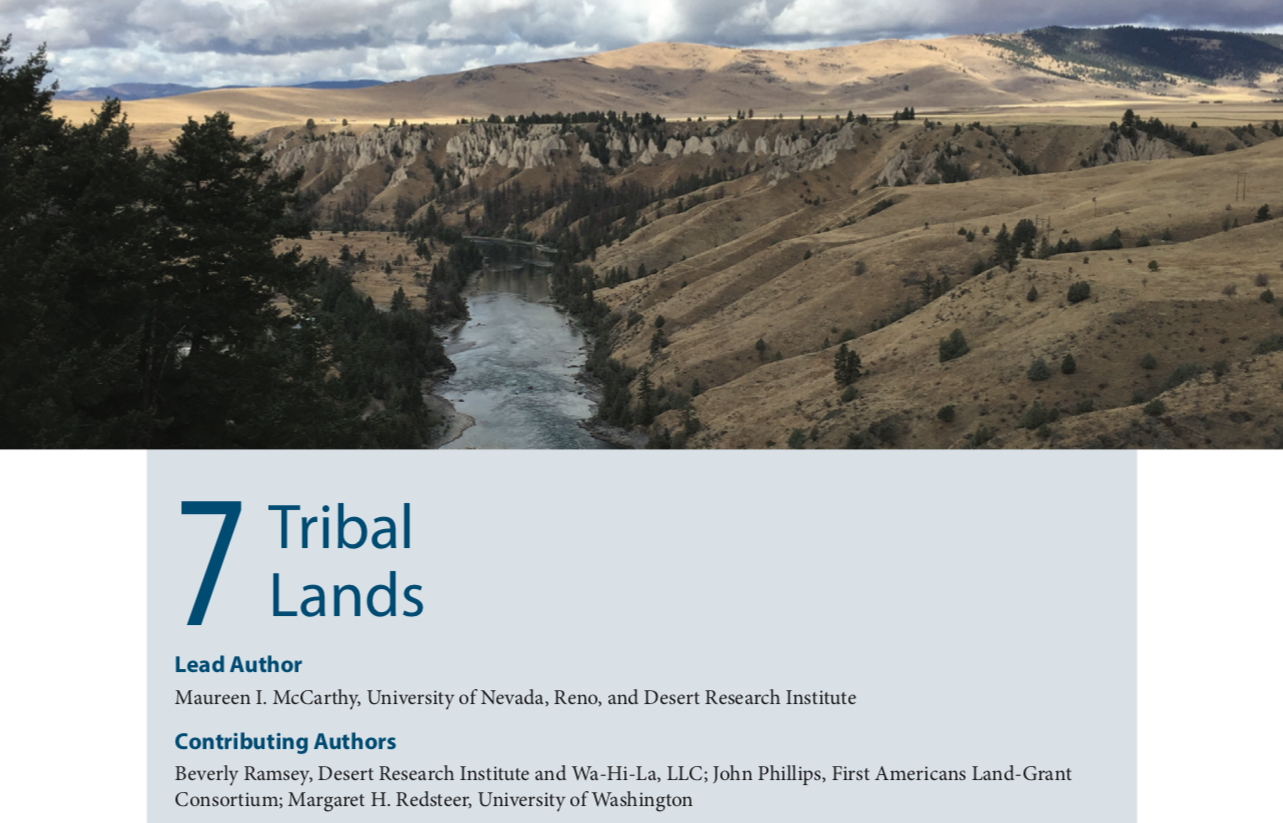 Several members of the Native Waters on Arid Lands project team contributed to the Tribal Lands chapter of the Second State of the Carbon Cycle Report, which was released in November. The report provides a current state-of-the-science assessment of the carbon cycle in North America and its connection to climate and society.