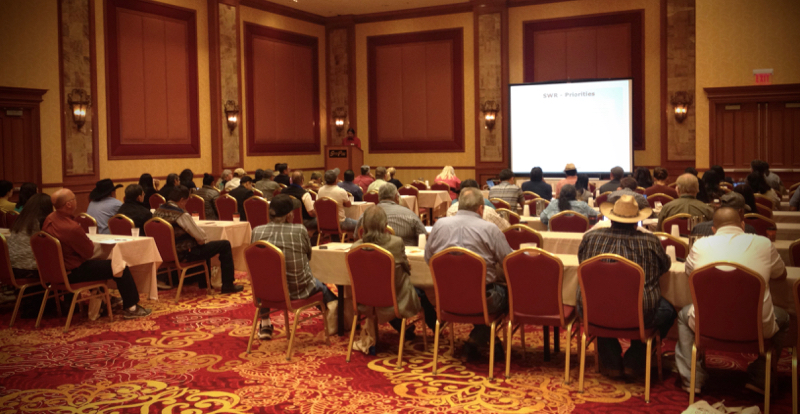 On Wednesday, a pre-conference breakout session introduced Summit attendees to a series of climate change projections for nine reservations in the Southwestern US, and presented an overview of the climate adaptation programs, trainings, resources and funding opportunities that tribes may access through the Bureau of Indian Affairs (BIA) and Institute for Tribal Environmental Professionals (ITEP). 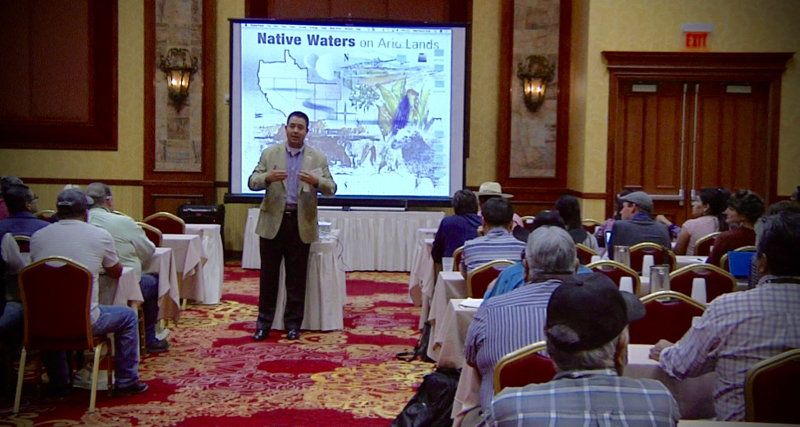 The conference formally opened with a blessing from Clayton Honyumptewa of the Hopi Tribe, and an overview of tribal water rights by Heather Whiteman Runs Him. Whiteman Runs Him is a staff attorney for the Native American Rights Fund in Boulder, CO, and discussed several foundational cases in tribal water rights, approaches for quantifying rights, emerging issues, and case studies from different reservations. 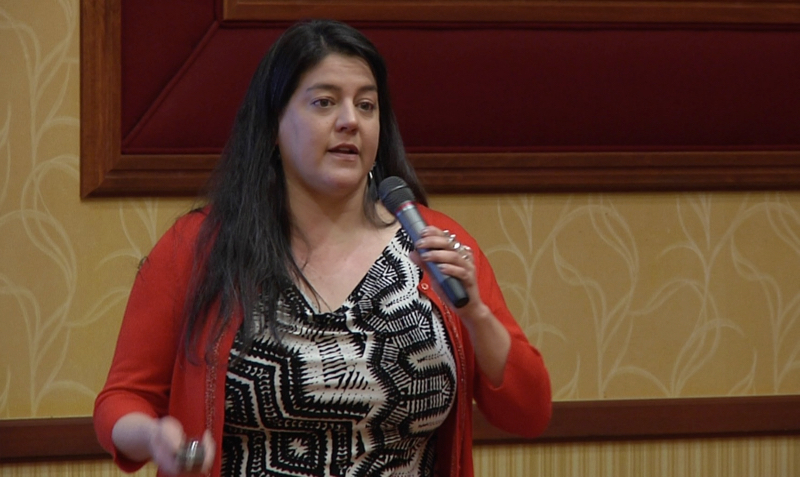 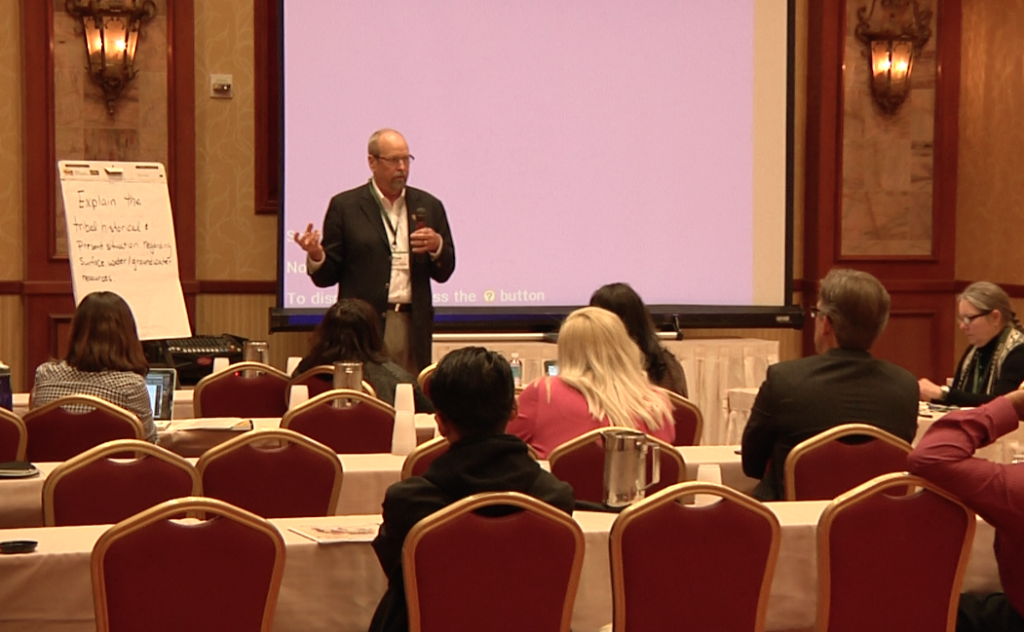 The second breakout session, “Invigorating Tribal Economies through Innovative Water Resource Use,” focused on new ideas and opportunities for using tribal water resources in economically beneficial ways. Examples discussed by the session speakers included fisheries projects, water leases, and improved water conveyance/delivery structures for agriculture. One key theme that emerged from this session was that is important for tribes to secure and quantify their water rights in order to effectively manage water resources to invigorate tribal economies.

The second day of the Tribal Summit began with a presentation about Tribal Colleges and Universities (TCU) programs, and an overview of the internships and opportunities that are available to students who are interested in hydrology, water resources, range management and other disciplines. 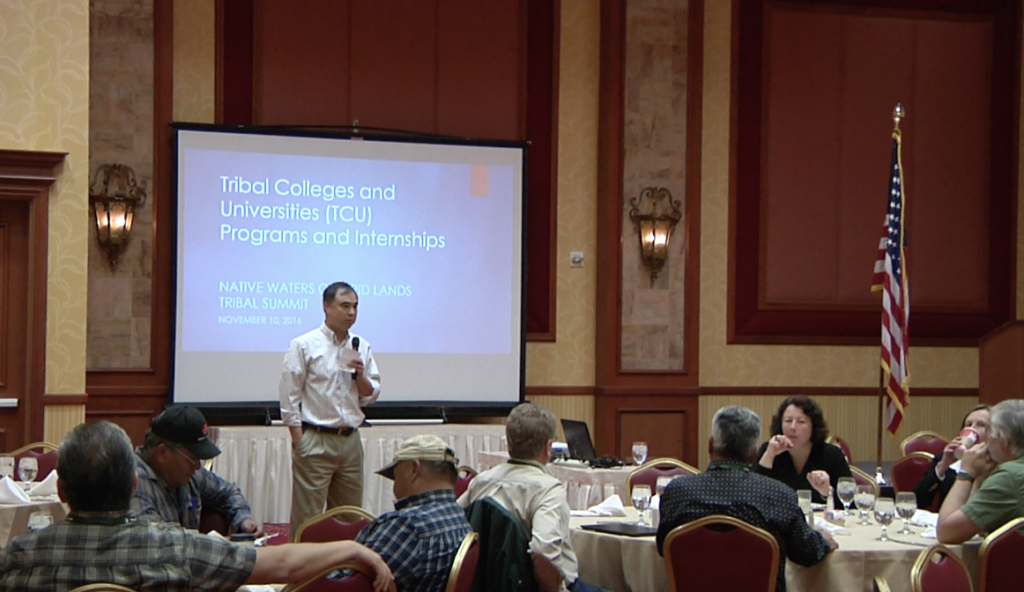 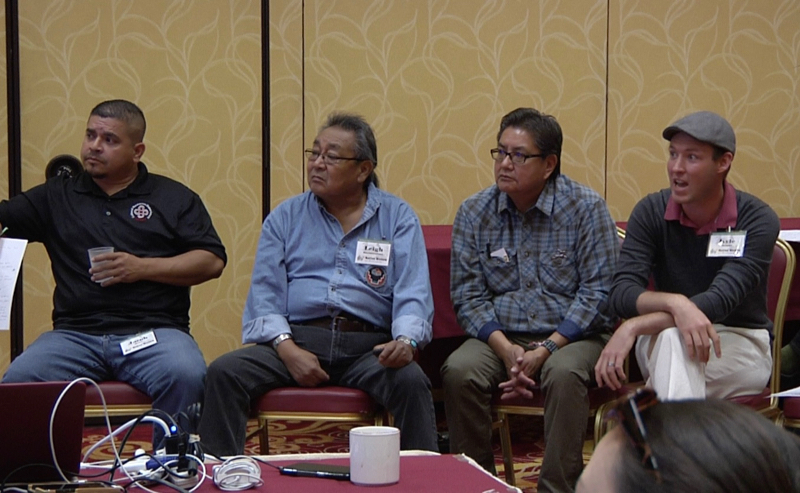 In a lunchtime talk, Chairman Harold Frazier of the Cheyenne River Sioux spoke about opposition to the Dakota Access Pipeline at the Standing Rock Reservation in North Dakota, and the potential impacts to sacred grounds and water resources. 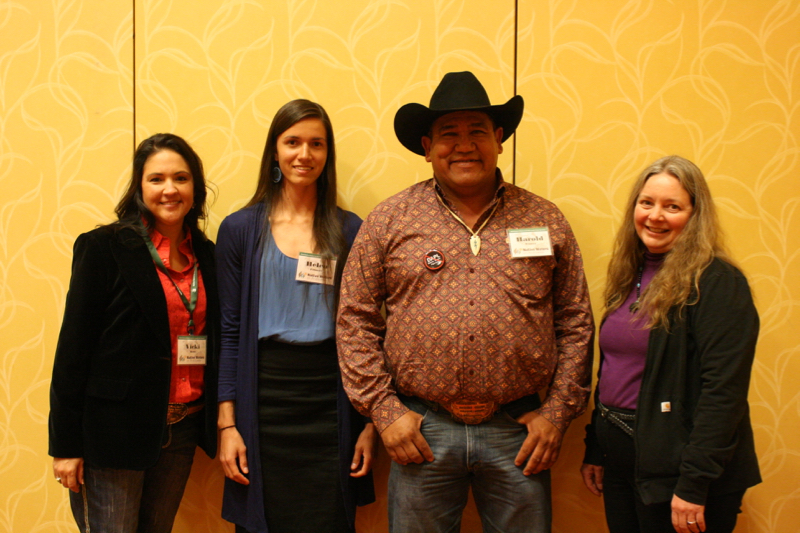 A final synthesis session led by Native Waters team member Derek Kauneckis of Ohio University asked participants to share insights regarding key takeaways from the Tribal Summit. The Summit closed with a blessing from Robinson Honani of the Hopi Tribe.

An in-depth report on the proceedings and outcomes of the 2016 Tribal Summit is available here. The Native Waters team would like to thank everyone who was able to join us in Las Vegas. We hope to see you again next year!