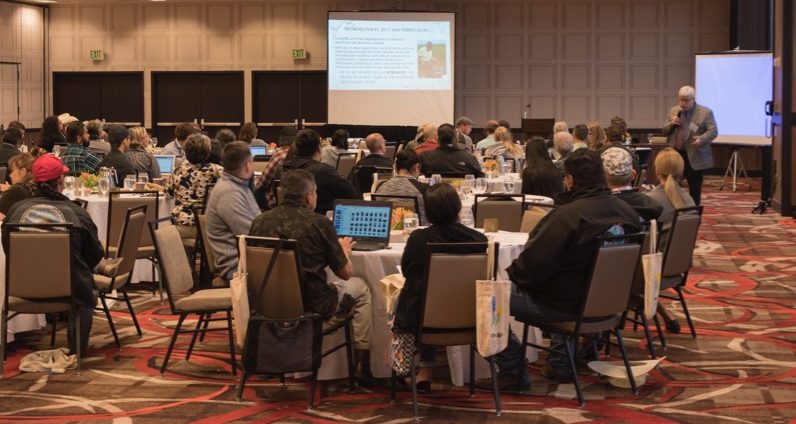 The week of the 2017 Tribal Summit began with a new event called Youth Day, which was held at the Desert Research Institute in Reno, Nev. This was a day for tribal youth to participate in hands-on science activities with DRI researchers, and to learn about careers and educational opportunities in the sciences.

On November 13, a group of 21 students from Pyramid Lake Jr. Sr. High School came to DRI to participate in Youth Day. They learned about how water has shaped the Truckee Meadows region, discussed myths and legends related to climate change, and learned about educational opportunities in the sciences. After lunch, they practiced extracting DNA from a banana, and learned about terminal watersheds with DRI’s Science Alive staff.

News Channel 4 sent a reporter to preview the event: http://mynews4.com/news/local/kids-learning-about-stem-careers-at-desert-research-institute-youth-day (please note – much of the video footage in this news clip was not actually taken at Youth Day!)

The 2017 Tribal Summit began with an opening prayer and song from Mervin Wright, Jr. and Nik Wright of the Pyramid Lake Paiute Tribe. Bill Payne, Dean of the College of Agriculture, Biotechnology and Natural Resources at the University of Nevada, Reno, gave a welcome. Jim Dobrowolski, the National Program Leader from USDA-NIFA (the funding agency for NWAL) spoke to the group about his agency and their Climate-Water-Agriculture programs.

Other highlights of the first day included a keynote talk by Scott Goode of Nourishing Systems about techniques for enhancing food production using methods like composting walkways. Several members of the NWAL team presented research updates on topics of economics, water sharing, climate vulnerability assessments and a NWAL needs assessment. A session on climate adaptation programs provided information on various assessments and reports that might be of interest to people living on tribal lands.

In the afternoon, Summit participants chose between two breakout sessions, which featured tribal speakers and panelists on the topics of: 1) multi-state water allocation challenges related to groundwater and surface water; and, 2) traditional knowledge and ecology, and how to build agricultural resilience through traditional values.

On the second day of the 2017 Tribal Summit, Attorney Wes Williams, Jr. from the Walker River Paiute Tribe gave a talk on tribal water rights, including an overview of the prior appropriation system and important water law and water rights court decisions from the past to the present.

Morning breakout sessions focused on 1) economic development strategies and livelihood development in agriculture, and 2) tribal ranching and conservation practices on Native Nations. Both sessions featured panelists and speakers from tribes and reservations around the west, including representatives from the Ute Tribe, the Yavapai-Apache Nation, the Shoshone-Bannock Tribe, the Tohono O’odham Nation, the Navajo Nation and the Walker River Paiute Tribe.

The final session of the 2017 Tribal Summit was a tribal education forum, in which speakers described some of the opportunities that are available for tribal students, including a new NWAL research partnership program that pairs faculty from research institutions with students and faculty from Tribal Colleges and Universities in support of scientific research projects. Speakers also discussed some of the challenges and barriers that must be addressed in order to best support tribal institutions, faculty and students in the future.

The Native Waters team would like to thank everyone who participated in our 2017 Tribal Summit. Please check back soon for a more detailed report on the outcomes of this year’s Summit, as well as video from selected sessions. We hope to see you all again next year! 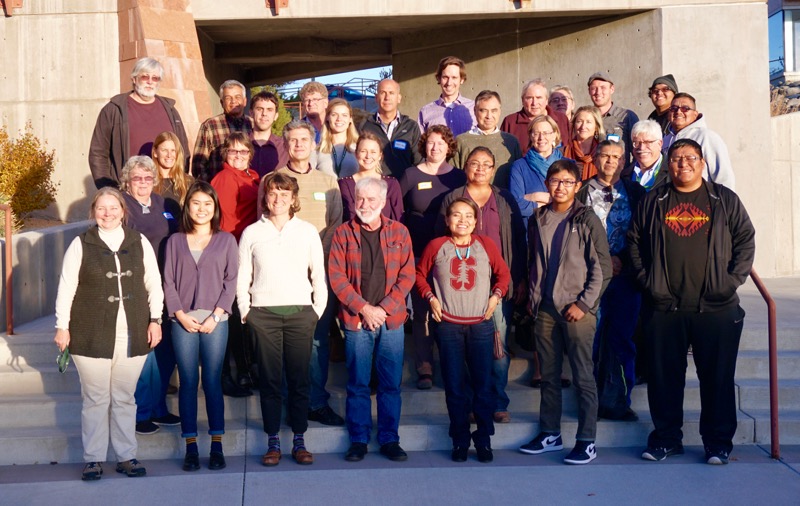 Video from the 2017 Tribal Summit
Scroll to top